So, sadly, I have picky eaters. I don’t know how. I know the technical answer is me…. but I don’t know where it started. When my oldest started eating table food, she would eat ANYTHING and EVERYTHING I put in front of her. Her first Thanksgiving? Literally ate and LOVED everything at the table. Meats, veggies, fruits, and everything in between, she’d eat and love it all. Now? She hates chicken, and most other meat unless it’s in a taco or a VERY thin hamburger. She gags on certain foods I “force” her to try (our kids have to take a no thank you serving of each food prepared). She gagged on this one dish I made, and she LOVES each of the items in the dish individually, but I guess it’s GROSS when you mix them together?!

My son is a whole other story. When he was about 2 1/2 months old, he had a persistent full body rash. I was nursing him and was advised to cut certain things out of my diet. Well, that worked! We found out he has a LOT of food allergies. Some so serious that we have to carry epi-pens every where we go. We have come close to using them on 2 separate occasions, but we are blessed that we haven’t had to so far. When you have a child with VERY severe food allergies, you become hyper vigilant. If there’s even a POSSIBILITY of cross-contamination with that allergen, you don’t chance it. It’s not because you’re crazy, it’s because your child could literally die or end up in the hospital. It’s just not worth it. So, because of that, he does not have a very big list of foods he can eat, much less like. When I get creative in the kitchen and figure out a new dish that he can eat, it takes MANY tries, and little samples before he will start to eat more than 1 lick of it. Currently his list of foods include: Perdue Simply Chicken Nuggets, ONLY the chunks that are LIGHTLY breaded, and they MUST be crunchy, otherwise they are “yucky” and will be thrown to the dog. 2: Hummus. Oh, he ADORES hummus. He can eat about 1/2 cup of it for a snack! I like to stir in some flax meal for a bit of extra protein and omega-3’s. He’ll eat it with his favorite veggies straws, pretzels, tortilla chips, crackers.. heck, he’ll even eat it with his fingers! 3: Mommy’s homemade meatballs. Now, I am being specific here. He USED to also like the ones at Jason’s Deli (he can actually eat them!), but he’s changed his mind. Now they are gross. Also, if he eats mommy’s meatballs too many days in a row, they also become gross. 4: Cereal. He especially loves cheerios, but he really loves cereal with milk. 4: toast with bacon. This is the staple of our mornings. If we do not have Trader Joe’s organic oatmeal bread… it’s a horrible tragedy. It’s a REQUIREMENT for our mornings. We also have TJ no nitrites or nitrates added (these 2 ingredients give him hives… lovely right?) pre-cooked bacon. EVERY SINGLE MORNING. When we went to Disney, we did not get a meal plan with breakfast. It wasn’t needed, I knew all they’d want was toast and bacon. Even if pancakes and waffles were an option, NOPE, just toast and bacon. 5: Sunflower seed butter and Jelly sandwich. A friend of mine clued me in on this wonderful thing called Sunflower Seed butter. It’s literally the only “nut/seed” butter that my son can have, and he really loves it! Thank goodness! I buy mine at Publix or Trader Joes, and it’s a great alternative to PB that we can keep in the house. Of course it does have to go on a very lightly toasted bread. If it is too toasted, it does not taste good as a sandwich, it is toast, and shouldn’t have sunflower seed butter on it. If it isn’t toasted enough it sticks to the roof of his mouth and is also declared “yucky”. 6: Mommy’s baked goods. Mommy  knows these are safe, and tries to make some frequently. Especially banana bread and pumpkin bread. FAVORITES! 7: Waffles. Yup, Trader Joes has some that are acceptable, otherwise Mommy has a great batter that’s safe. 8: We’re working on others. Not a large list, but I’m really trying to get him to try new things. We’re working on daddy’s favorite, tacos, but…. we’re only to 3 small bites and then a “All Done”. So… we’ll get there.

Because of these 2 paragraphs, I have to try really hard to get veggies and fruits in them. It’s insane. I can get them to each take their no thank you bites of their fruits and veggies, and eat their vitamins and probiotics… but I know they need MORE. So, I try to make a smoothie for them! They’ve had one that they really like the past 2 days, so here’s the recipe:

1 ripe banana (mine was frozen. When mine get over ripe, I peel them and place them in a baggie in my freezer for banana bread or smoothies.)
1/4 avocado – also frozen- leftover avocado sliced and frozen for smoothies
10 leaves baby spinach
1/4 apple cored with PEEL ON
1/4 cup unsweetened applesauce
1/4 cup sorbet of your choice (I used raspberry)
2 baby carrots
1/2 cup water added (or apple juice, up to you)

I blend mine in my Nutri-bullet because it gets really smooth. You don’t want it chunky for your little ones… they won’t like the texture. But when I make this… they LOVE it! They each drank everything I gave them along with their dinner!

The kids with their smoothies 🙂 (Yes, that is a helmet on the table outside the window! lol) And my son is wearing a fake fur hat… it’s adorable! 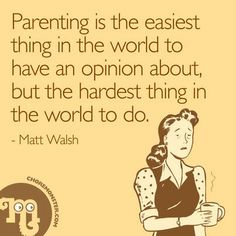